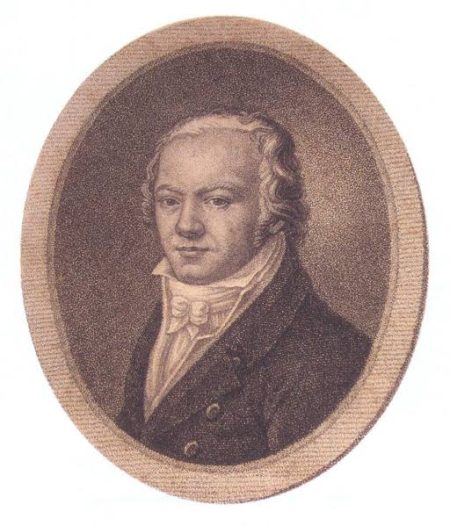 It may seem somewhat impertinent to place an obscure composer’s name before one of the most famous composers in the history of the Universe, but that’s the point. Beethoven does not need any help whereas Romberg needs all he can get. Case in point – Romberg’s Wikipedia page has 296 words whilst Beethoven’s contains 13,101 words.

Andreas Romberg was a German violinist and composer and is almost unheard of today but in so many ways his life paralleled Beethoven’s.

Birthplace
Romberg was born in 1767, just 3 years before Beethoven, in the Lower Saxony city of Vechta – some 300 kilometres from the other Lower Saxony city of Bonn – where Beethoven was born. Romberg received his music lessons from his father but thankfully he was not the alcoholic taskmaster that Johann Beethoven was; Quite often after a night of heavy drinking with his friends Johann would boast of his son’s musical talent, upon which he and his boisterous guests would storm into a very young Beethoven’s bedroom and order him to play the piano for his guests.

Child Prodigies
Romberg was marketed as a child prodigy and started performing in 1774 with his cellist cousin, Bernhard. Their stage name was “The Young Romberg Brothers”, they went on to tour and perform with their fathers throughout Europe. Beethoven had his first public performance at the age of eight although his father promoted him as a six year old – most likely acutely aware of Leopold Mozart promoting his own prodigy, a young six year old Amadeus 15 years earlier.

Haydn
Both Andreas and Bernhard had a formative encounter with Haydn in 1796. They had just completed a tour of Italy then stayed for a period in Vienna where they met with Haydn who introduced them to Viennese musical life. Beethoven first met Haydn in 1790 when the older composer stopped briefly on his way to perform in London. Beethoven showed him his scores for the Cantatas on the Death of Emperor Joseph II (WoO 87) and the Elevation of Emperor Leopold II (WoO O88). Haydn was sufficiently impressed and told Beethoven that if he could arrange to come to Vienna he would gladly take him on as a pupil. He started lessons two years later.

The Quartet
The archbishop of Cologne heard the Romberg’s play in 1790 and invited them to play in the Bonn Chapel where they made friends with Beethoven. In the same year the Rombergs and Beethoven formed a quartet with Franz Ries. If there was ever a program printed for one of their recitals it might have looked like this:

Oh to have been present at one of their concerts! It’s quite possible that this quartet may have been one of the first ever supergroups – music groups whose members were already famous artists. In contemporary times these were groups such as: The Eagles, Crosby, Stills, Nash and Young and The Three Tenors.

Napoleonic Wars
A great many peoples lives were turned upside down by the various wars between France and its neighbour’s. Early invasions of France by Austria and its ally Prussia after the Declaration of Pillnitz were eventually repelled and French armies advanced beyond its borders. As a consequence, Romberg was forced to leave Bonn to live in Hamburg in 1793. In 1809 Vienna fell to Napoleon’s armies for the second time in four years, whilst many of the nobility fled, Beethoven chose to stay on. Napoleon’s push for power left many including Beethoven disillusioned and so he famously abandoned his initial decision to dedicate his Eroica symphony to the French leader.

Friedrich Schiller
It is perhaps the most interesting parallel that both composers’ most famous works were choral settings to poems by Friedrich Schiller. Beethoven set Schiller’s poem “An die Freude” (“Ode to Joy”) to music in 1824 in the 4th movement of his Ninth Symphony whilst Romberg beat him to it by about 15 years with his setting of “Das Lied von der Glocke” (“Song of the Bell”) in 1809. You will easily find a great number of recordings of the Ninth but I only managed to track down one recording of Romberg’s “Das Lied von der Glocke” by – Das Neue Orchester and Chorus Musicus Köln.

And that’s where the comparison ends, Romberg was a greatly respected composer in his lifetime. After settling in Hamburg he became a central figure in the city’s musical life and is now considered to be an important link between the Classical and Romantic eras. His output is profuse and it includes sacred and secular vocal music – which was much admired, eight operas, several instrumental pieces, ten symphonies, violin concertos, overtures and chamber music.

Unfortunately after Romberg’s death in 1821 his music was largely forgotten until the early 1990’s with the formation of Andreas Romberg Project at the University of Vechta (his place of birth). Since 1993, it has researched the composer’s works and, today, under its director Klaus G Werner, continues to promote Romberg. The Andreas Romberg Society Vechta, founded in 1995, is also doing marvellous work towards the cause.

Romberg composed a great number of violin concertos to Beethoven’s single concerto but sadly many of them have been lost to the ravages of time – only 16 manuscripts have survived. Thankfully French violinist Chouchane Siranossian has revived 3 of the concertos in a new recording with the Capriccio Baroque Orchestra.

Here is the first movement of Romberg’s Violin Concerto No 4. If you enjoy it then I encourage you to explore the rest of his music: