Join the Jeremy Rose Quartet for the launch of his new album, Face to Face.

Praised as “one to watch on the Australian jazz scene” (Jazzwise Magazine UK), and “one of the most creative and restless musicians in the Australian jazz scene,” saxophonist Jeremy Rose has released over a dozen albums of original music and collaborated with some of the music’s most exciting musicians including guitarists Kurt Rosenwinkel and Lionel Loueke. Rose’s projects include The Vampires, Vazesh, Visions of Nar and the Earshift Orchestra as well as being a tireless advocate for jazz and creative music through his label, Earshift Music. Rose has received numerous awards including two Bell Awards, an APRA Professional Development Award, two ARIA nominations, an Australian Music Prize shortlisting, runner-up at the National Jazz Awards saxophone competition, and a five-time Art Music Award finalist. 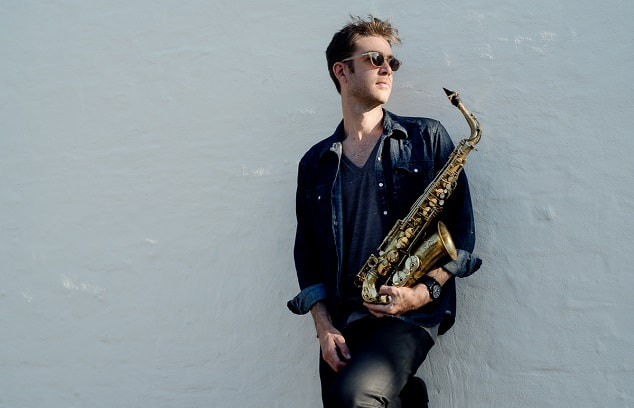 Face to Face is saxophonist-composer Jeremy Rose’s fourth solo album and video series, featuring pianist Steve Barry, bassist Noel Mason and drummer Alex Hirlian. The album is a reflection on the connections we have with each other and the importance of real-life connection, dedicated to those that are closest to him; family, friends and loved ones.

Face to Face marks Roses’ fourth album as bandleader, a follow-up to his critically acclaimed Within & Without featuring Kurt Rosenwinkel. “This lineup has been playing regularly for the past few years,” Rose explains. “I am humbled by what each member brough to this record, and what we managed to create together. The album really captures the group at a highpoint.” 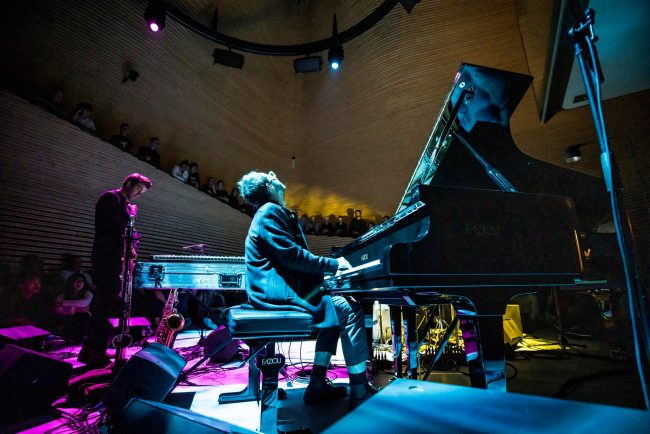 The album is a reflection on the way we connect with each other and the importance of real-life connections. Rose explains, “We live in an increasingly connected yet isolated world. Whilst we are always always reachable, many have never felt more alone. I felt like I needed to reinforce the fundamental part of what makes us human – face to face connections. It’s a musical journey that steers our spiritual compass towards connections with others and placing value in what’s important – connections we have with ourselves, each other and the wider world.”

The band premiered many of the new works after a period of writing during a lockdown in April 2020 for a live streamed performance for International Jazz Day. Rose reflects, “It was surreal coming together for the first time out of lockdown, not having played together for sometime and running some of the new material during our soundcheck. It was a bit of a whirlwind but the band handled it remarkably. There was something really special about that performance – an energy that had been pent-up for sometime.” The album was later recorded in December 2020 along with a video shoot with Rose’s long-term collaborator-videographer Edmund Renew.

Rose reflects how the album is not simply a product of being locked down but a reflection on the important things in life. “We couldn’t have created this album pre-COVID but this isn’t an iso-album or reaction to the lockdowns. This album speaks to right now, this very moment. It emphasises how grateful I am for the connections we have with one another which can’t be taken for granted. Face to Face has a little something for everyone – emotionally, intellectually and musically. There’s a range of new compositions, new grooves, new melodies and some great playing. I hope you enjoy!”

1.High Ground This piece is about the search for truth in a world where it has never been more difficult to find. It’s inspired by seeing a colleague consumed by misinformation and conspiracy theories. We find ourselves living in a post-truth society where people build their own world around them based on what social media algorithms serve up to them. It can be a downward spiral.

2.Whispers This piece is inspired by a trip I took to the Altyn Emyl National Park in Kazakhstan and a visit to an enormous sand dune. In Kazak the dune is known as ‘Akkum-Kalkan’, which literally means “the singing dune.” Unfortunately after driving for hours we were disappointed to learn that the sand was slightly damp and the wind was blowing in the wrong direction so there was no singing that day, perhaps only a mere whisper. Despite this, it was an impressive dune.

3.Religion This piece explores the power of religion, in particular the rise of the political argument that “religious privilege” can override general human rights protections and discriminations. The piece also attempts to capture the sanctity of religion.

4.Queens This piece is dedicated to all the wonderful females in my life – my wife, daughter and my mother. They say the world would be a better place if we were ruled by females!

5.Face to Face – We live in an increasingly connected yet isolated world. Whilst we are always always reachable, many have never felt more alone. I felt like I needed to reinforce the fundamental part of what makes us human – face to face connections.

6.All About KB This piece is about the birth of my second child, Kian Bruce. It captures his innocent spirit, born into a unique period of history – surviving a summer of bushfires and hazardous smoke and being born into the middle of the worst pandemic in a century. What a time to be born!

7.Together Soon Enough The title refers to those that have been separated during lockdown but it could be for all people that are separated from loved ones, be it their lovers, children or grandparents. The piece is also inspired by an idea from a John Shand review who once described Paul Grabowsky’s playing as if it was an abstract expressionist image in a stained glass window of a cathedral. We attempt to create this, ever so gently.

8.Child This piece is about the inner child and joy of discovery. 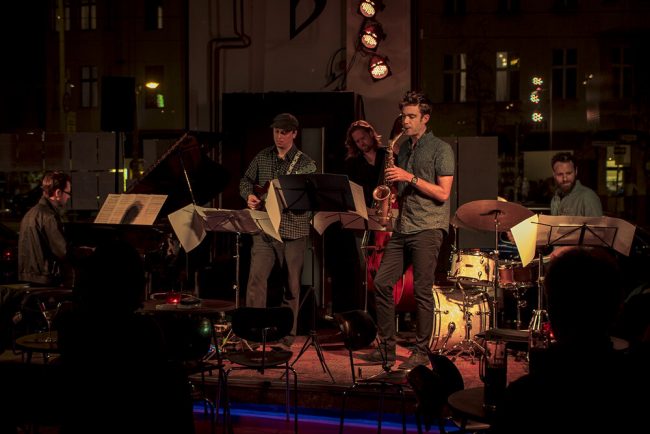 Join the Jeremy Rose Quartet at the Foundry 616 on Friday August 12th, 2022, for the official live launch of the new album Face to Face

To Find Out More and Purchase Tickets, Click Here