Tim-Veikko ‘Tipi’ Valve, Principal Cello with the Australian Chamber Orchestra, chats to Arts Wednesday about the ACO’s upcoming concert A Bach Family Reunion. There were many musicians in the extended Bach family, many of whose works appear in this concert. The program also includes music inspired by Bach composed by Schumann, Mozart and Sofia Gubaidulina. Tipi is soloist in the Cello Concerto in A major by CPE Bach. 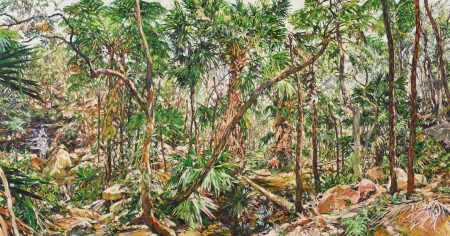 We also chat to Nicholas Harding about his painting Eora which won this years AGNSW $50,000  Wynne Prize. He discusses his use of thickly applied paint, better known technically as impasto, a technique that has become synonymous with his incredible works of art. Nicholas has been finalist in the Sulman Prize 3 times, 19 times in the Archibald including a win in 2001, and 7 times in the Wynne prize. 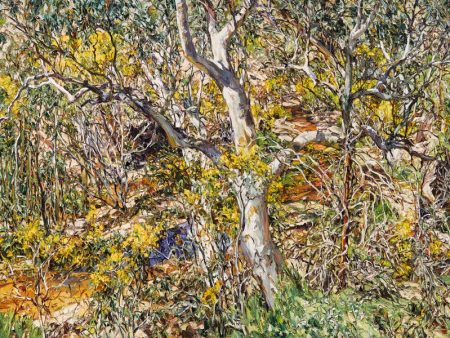 His winning work Eora was a commissioned work inspired by a series of works the artist did of Wilpena Pound in the Flinders Rangers. This time his patron wanted the bush in and around Sydney. His brief: a landscape unspoilt by white man. The end result is a work that is large in scale, totally immersive – we feel we can walk into it and through its mesmerising tracts of cabbage tree and pandanas palms, rocky outcrops, waterfalls and creek beds; it’s captivating in its astonishing detail; and yes, his impasto application of paint shimmers incandescently off the canvas – we wonder how on earth he does it.