Presented by Dave, Laurent and the team…

Don’t know your Hollywood Blockbuster from your low-budget Arthouse? Will Tom Cruise’s next Mission really be Impossible? Should you dig out the 3D specs for Avatar 2?  Will Indiana Jones 5 whip audiences into a frenzy? Or do you just need to know which film should take your hard-earned dollars?

Cinemascape has all your answers and more!

Cinemascape is your weekly guide to the movies. Whatever the genre, whoever the star, Cinemascape will pass judgement on three films each week. The Cinemascape team, a group of film fans from both sides of the silver screen, provoke passionate and informed discussion about every aspect of film. Our reviewers give a well-rounded opinion that takes into account all tastes. One reviewer’s cinematic gold could be another’s celluloid nightmare.

And that’s not all. The team also focuses on local Film Festivals and talks to the filmmakers that matter. Recently Moonage Daydream director Brett Morgen, Halloween producer extraordinaire Jason Blum, Aussie legends Bryan Brown and Rachel Ward and Bridesmaids director Paul Feig have all joined us for a chat.

David Michael Brown is a British ex-pat living in Sydney. Working as a freelance writer he contributes to flicks.com.au, TV Week, Cinema of the 70s and GQ Australia. A former Senior Editor at Empire Magazine Australia, he is presently writing a book on the film music of German electronic music pioneers Tangerine Dream and researching the work of Andy Warhol associate and indie filmmaker Paul Morrissey. A huge fan of the trashier side of cult films, his love of the movies of Russ Meyer, John Waters and Mario Bava shows no bounds: he proudly declares that Faster Pussycat Kill! Kill! and Danger: Diabolik are his all-time favorite films and meeting A Clockwork Orange star Malcolm McDowell was the biggest thrill of his professional career thus far. He can be followed on twitter @davembrown and Instagram @dave.m.brown

Laurent Auclair is a screenwriter and script editor and as his name suggests, he is French. But don’t take it against him, as he loves films from all over the world and one of his favourite films of all time is Australian! He enjoys genre films, especially Horror and Thrillers, but can also shed a tear for a good Rom Com. Complicated as French can be, he likes subtitles more than CGI, Indie films more than Blockbusters, and cheese more than Vegemite.  Check out Laurent’s work at https://www.laurentauclair.com/

Maren Smith enjoys making and consuming anything that moves and fits in rectangles with a variety of different aspect ratios, as well as many things that don’t. She’s a graduate from UTS with BA in Communications (Media Arts & Production) / BA in International Studies (German), and has completed an Honours year in Arts (Film Theory) at USyd. She currently works as a freelance film producer, director and assistant director. Maren is currently producing independent feature film One Less God. Maren’s words on the subject of film, art and other consumables can be found here – marenwordsmith.wordpress.com or twitter @marensmith

Evie Tonelli is a Scots born and bred lassie who travelled Down Under for new adventures and found they were waiting for her there … she’s all about words in her daytime job as a Senior Editor in Children’s Books, and all about movies in her spare time. Book-adaptation movies are reviewed with a keen eye, but her love of vampire movies, rom-coms (only the decent ones) and documentaries ensures her tastes stay wide and varied. Evie has been a part of the Cinemascape team for over 10 years and is hoping it’s not another decade before she’s awarded an honorary Oscar for services to movie reviewing. Her favourite movie is Bringing Up Baby. Anyone who doesn’t immediately love this film is off her Christmas card list. Seriously.

Erin O’Sullivan is a digital producer and media artist who spends most of her life staring at a screen of one type or another. She studied a BA (hons) digital media at UNSW Art & Design and likes to re-edit and remix found footage into new, sociopolitical narratives. Her favourite genres are science fiction, adventure, westerns, and the Fast & Furious franchise.

Amber Virtue is movie obsessed. She watches everything and is more often in the cinema than anywhere else. Her favourite films are anything paranormal, super natural or just down right thrilling! She is an actor / TV presenter, well known for her work on the Disney Channel Austral-Asia, hosting Studio D for 4 years. During Amber’s time on Studio D she was nominated for an Astra Award for most popular presenter on Australian Television. Studio D was nominated several times for Logie Awards for most popular children’s program. Amber also lends her hand to script writing, short film making and teaching performing arts across Sydney. Her favourite film of all time is the Never Ending Story.

Maude Rokvic is an assistant editor who loves cinema about as much as life itself. Growing up in France and Serbia, she arrived in Australia in 2003 and found that watching lots and lots of movies was a great way to learn English and ease into a new culture. She works in documentary, but watches and loves anything from irreverent comedies to supernatural horror via heavy dramas.

Louis Eudo is the other French man on the show. He is a novice to film criticism but enjoys binging movies every day, catching up on new releases and (re)discovering cult classics. He grew up on French farce (Santa Claus is a Stinker, La Cité de la Peur…) but is equally as happy watching serious drama or getting the tissues out for a weepy rom com.

Milli Howson deeply enjoys anything and everything about film. Whether it is recollecting memories from her parent’s old Betamax collection to attending far too many sessions during Film Festivals, watching movies is her life blood. She loves the way that visual storytelling can provoke and inspire. Milli has been working in the film and television industry for 20+ years and is proud of the way that the arts brings people together. She loves every genre but if pushed, her favourite films are Little Miss Sunshine and Some Like it Hot.

Having been the first film editor at The Advertiser newspaper in Adelaide, Ben McEachen scored his dream job at Empire magazine in Sydney. Sweet. He loved reviewing and writing at Empire – and working alongside David Michael Brown! Also reviewing for ABC, 2GB, Rolling Stone and The Big Issue, Ben’s now shifted to hosting the Mornings Show on Hope 103.2FM, Sydney’s Christian radio station. Still believing Back To The Future contains all trace elements of quality cinema, Ben’s taste ranges wildly from The Umbrellas of Cherbourg to Kung Fu Panda, The Seventh Seal to Die Hard. Presently, Ben and his wife Amy are trying to get through 1001 Movies To Watch Before You Die … before they die. 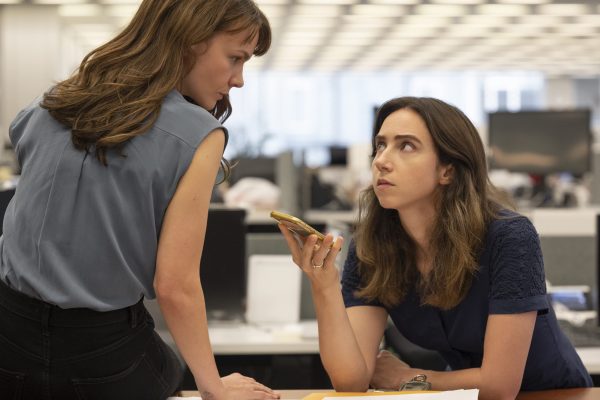