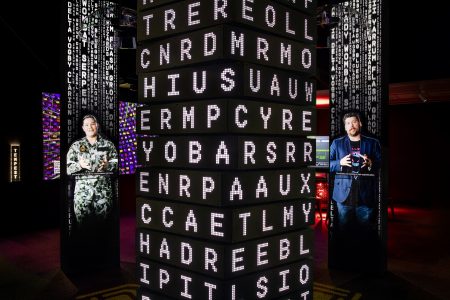 The Australian Signals directorate is the oldest intelligence agency in Australia. To mark its 75th anniversary the National Museum of Australia is holding an exhibition in Canberra entitled Decoded. 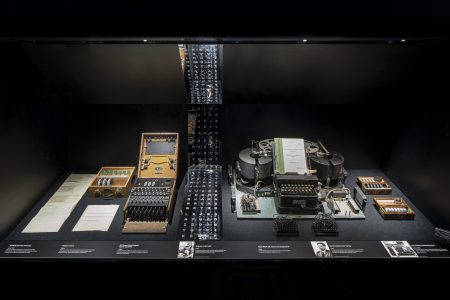 Paul talks to curator Libby Stewart about how the exhibition came together and how the museum dealt with such a sensitive and secret topic.

The exhibition dates back to the ASD’s creation during WWII, and its involvement in the breaking of codes and intercepting intelligence from the Nazi regime. As so much of their work is technology based, the exhibition is a history of the development of that tech including a German Enigma machine. (Think Alan Turing and the Bletchley Park team)

Also exhibited is Australia’s first super computer, the CRAY, weighing 5 tonnes, and with less computing power than a mobile phone. 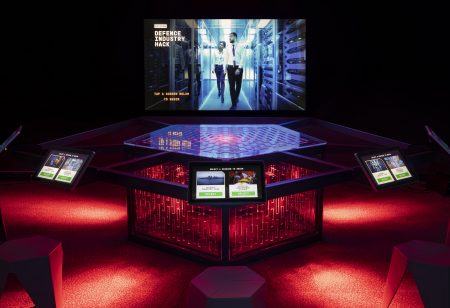 The NMA is known for its interactive exhibitions and this one does not disappoint. There are hidden codes and messages embedded in the space that the viewer has to download through an app. Also proving very popular is a game for five people to step into an ASD cyber mission and prevent  cyber criminals before time runs out. Son of Byblos by James Elazzi

Son of Byblos is a new play from the pen of James Ellazi. His career was initially turbocharged by programs to encourage people starting out in the world of theatre. His latest play, Son of Byblos, is finally making it to the stage after being postponed or cancelled three times.

Adam’s life is a balance between casual sex and managing his traditional Lebanese family. This all starts to unravel when his confidante and cousin Claire announces she is going to get married in Lebanon.

James has drawn on his Lebanese heritage to inform his writing up to this point, but says his future works will explore other themes.